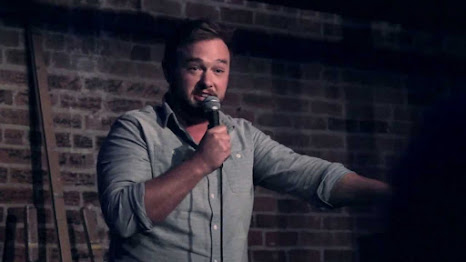 ––Comedian Cliff Cash
Tuning in to satellite radio on a long road trip last year, I spent the late hours listening to short clips of comedians. Almost all of the jokes on the Comedy Central channel were good, but only a few penetrated my highway hypnosis enough to make me laugh out loud. One that I remember started like this: “Let me ask you all a question. Do you feel safe?” It was a man’s voice (possibly) imitating a redneck. “Well, you shouldn’t,” he continued, “You know why? Because that Obama’s gonna take all the guns in the whole world and melt them down to make rings for gay people to get married with.”
As others in the car laughed with me and the comic’s name, Cliff Cash, was announced, my mirth paused. “Wait a second,” I thought, “I know him.” Cliff Cash, owner of Green Coast Recycling, is also a founding member of Friends of the Lower Cape Fear that started the Stop Titan website and ongoing petition to halt the opening of the Carolinas Cement (Titan America) facility here along the Cape Fear River. As a strong community and environmental advocate–winning last year’s North Carolina Coastal Federation’s Pelican Award for his efforts–this local comedian keeps Wilmington engaged, and laughing.
Excited to tell him about hearing his joke on the radio, I met up with Cliff a few months later to talk about the evolution of his career—from losing nearly everything he had when the real estate market collapsed to becoming Port City’s Top Comic.
HOW HAS COMEDY CHANGED YOUR LIFE?
I was at a low point when I started writing jokes about three years ago. I was down and discouraged and needed a laugh, so I went to a Nutt St.’s open mic night and after that, everything changed. People had said, “You should be a comedian” to me before, but it took seeing other regular people up there doing it to convince me to try. I went back the next week and rattled off an over-written set about chickens having abortions, and it went so well that I was hooked. Timmy Sherrill, co-owner of Nutt St., was a huge part of my growth. He encouraged and helped me make connections. The first two years were mostly me figuring it out, building confidence, and traveling a little. Then in 2013, I started to go for it. I won Port City’s Top Comic, then Comedy Zone’s Almost Famous competition. I made it into the finals of Comedy Central’s Up Next nationwide comic search and was pretty ecstatic about that.
SOUNDS LIKE YOU’VE FOUND A WAY TO FOLLOW YOUR BLISS.
You always hear people say, “Do what you love.” You hear it so much that it feels meaningless. I never tried to do something that I really loved before as a job. I sold cars, then renovated and flipped properties. I started Green Coast Recycling thinking that doing something with meaning and purpose could be as good as doing what I loved, but there really are no substitutes for doing something you truly love. I never knew what that was until I started doing standup. It really made my life better. I’m a much happier person. Of course, it doesn’t hurt that I met my fiancé around the same time and she’s really changed my life, too.
THINK YOU MIGHT EVER DECIDE TO SELL GREEN COAST AND GO INTO COMEDY FULL TIME?
I would if the right person was interested and I thought they would do things the right way. The right person could take it to a whole other level. I’d love to do comedy full time. Nothing would make me happier. I’ve done the math on how much I can make on the road and I think I could make it work. The most encouraging things have been other comedians telling me I’d be “crazy not to chase this.” Another thing I realized is that I can get a message to people through comedy in a way that I never could have before. I can speak about things that I believe in and maybe change the way people see it all while making them laugh. If I can reach 100 or 1000 people a night, maybe I could achieve more through comedy than with a recycling company or an environmental initiative. It’s a much bigger and captive audience. They want to laugh, but they also want to be made to think. A good comic can deliver both.
Labels: almost famous Cliff Cash comedy green activism port city recycling top comic